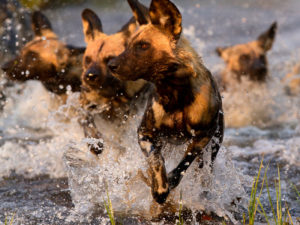 The Northern Highlights Safari is a mobile safari experience with fully-serviced ensuite Mobile Camping that highlights the very best of Botswana and is operated by one of Botswana’s top tour operators. This nine night mobile safari journey will take you to four of Botswana’s cherished regions, the Chobe, Savute, Khwai and Moremi Game Reserve and apart from exceptional gameviewing on an open safari vehicle, includes a boat cruise on the Chobe River , exploring the fringes of the Okavango Delta by mokoro and a charter flight over the Okavango Delta.

You also have the option to include the Victoria Falls onto your itinerary as an add-on.

Please Note : The Northern Highlights Mobile Safari is a scheduled guided safari. Please contact us for departure dates. Each departure is guaranteed with a minimum of 2 confirmed guests and operates with a maximum of 7 guests per safari.

Your safari will start in Kalahari Tours in Kasane at 09h00. Enjoy a morning boat cruise along the Chobe River before your guide drives you through Chobe National Park to your camp site in Central Chobe.
The habitat on today’s drive takes us from the Chobe River through the wonderful Zambezi teak woodlands of the Chobe Forest Reserve, across the sand-ridge and into the stunted mopane scrub of the Goha clay basin. While there are community areas that we pass through that are settled by local tribes, for the vast majority of the day’s drive we pass through wild country where wildlife moves un-inhibited by fences or man. Roan and sable antelope thrive in the teak woodlands where the low density of predators and lack of competition for food by other ungulates makes this prime habitat for these large ungulates. Leopard occur in these woodlands in low numbers but they are highly secretive and seldom seen. The Goha region has natural waterholes that hold water well into the dry season and herds of buffalo, Burchell’s zebra, greater kudu and elephant come down to drink.

The next leg of your tour will be a game drive transfer into the beautiful Savute area of the Chobe National Park. Unlike the vast majority of the country, Central Chobe is not flat landscape. Large outcrops of volcanic rock reach up out of the Kalahari sands, towering over the endless savannah. These hills provide habitat for a completely different array of small wildlife, birds and plants. The Savuti Marsh has been the stage for many of the most dramatic wildlife documentaries in Africa. The wide open country, good ungulate populations and particularly strong prides of lion and hyaena clans make for dramatic wildlife interaction and excellent viewing opportunities. The now dry Savuti Channel runs through this landscape linking the drysand-veld, the waterholes, the hills and the grassland that was the Savuti Marsh.

Leaving the parched landscape, we continue our journey south to the Khwai Community Area. A fascinating day’s drive looking at some of the evidence of the Paleo-Lake Makgadikgadi that dried up some ten thousand years ago. The most challenging part of the trip is crossing the Magwikwe Sand-ridge that formed the shoreline for this massive inland sea. The winding track through this deep sand makes for interesting travel in the early summer! The old lake bed is now the Mababe Depression. The dense clay floor of the depression result in high protein feed for wildlife and the area teams with game after the rains. During the rainy season the depression is impassable due to the “cotton soil” and alternative routes must be used.
A day when anything could happen. The range of habitat that is covered encompasses most of the habitat types of northern Botswana. We pass through excellent lion country and some of the best cheetah country that our safari will cover. Elephant occur throughout the drive but are more common at the start and end of the drive where permanent surface water can be found.

The Khwai River forms a boundary between the reserve and the community area. We spend the following two nights camping at an exclusive campsite in the community area, exploring the Khwai floodplains on game drives both during the day and at night. Exploring after dark with spotlights offers you an opportunity to experience some of the nocturnal animals that are rarely encountered during the day.
We will also have the opportunity to explore the surrounding wilderness on foot and mokoro and enjoy an up close and personal encounter with Botswana’s flora and fauna. It is important to note that night drives and guided walks are not permitted within the national parks and reserves. These activities are conducted outside the boundaries of the Moremi Game Reserve in the Khwai community area.
We spend our time between the dry-land habitats of the lead-wood and camel-thorn woodlands and savannahs and the riverside and marshy back-waters of the Khwai. Time permitting we may visit the lagoons and waterways of Xakanaxa where the largest heronry in southern Africa exists.
The Khwai region boasts excellent populations of both bull elephant as well as breeding herds. Lion, leopard, serval and African wildcat are common predators of the region with wild dog and cheetah being less common. Buffalo use this area seasonally with large herds moving in during the summer rains. The swampy areas in the west are home to red lechwe. Other ungulates include tsesebe, blue wildebeest, giraffe, kudu, sable antelope, roan antelope and impala.

The Manuchira Channel is known as the Khwai River at its eastern most extremity. The day’s journey follows this water course, with the track weaving from the riverside and floodplains into the mopane veld and the woodlands that make Khwai one of the most scenic areas of the Okavango. We pass the magnificent Dombo Hippo Pools in the morning stopping to enjoy the scenery and the antics of the resident hippo.
The western mopane veld is home to mostly breeding herds of elephant whilst the eastern reaches of Khwai is home to some impressive old bulls. The mature bulls revel in the cool waters of the Khwai and are far more approachable while drinking and bathing than the breeding herds. The river has an unusually high density of hippo as well as some huge crocodile. Leopard, cheetah, serval and lion are common predators along this route and both Xakanaxa as well as Khwai are included in the home ranges of 2 different packs of wild dog. General game includes southern giraffe, Burchell’s zebra, tessebe and red lechwe with roan and sable antelope being less common residents.

Moremi lies on the eastern extremity of the Okavango Delta. Habitats here range from wide-open floodplains, marshes, lagoons, papyrus fringed channels, vast reed-beds of Miscanthus and Phragmites, woodland and savannah. As a result of the extremely variable habitat the diversity of both wildlife and birdlife is excellent.
Every type of mopane habitat is well represented in this drive from the towering cathedral woodlands Xakanaxa to the classic climax mopane woodland and in the drier and harsher habitats, extensive stretches of scrub mopane. The San-ta-Wani region has scattered ephemeral water pans with large floodplains and camel-thorn woodlands. 40 km of the drive is in Moremi Game Reserve with a further 40 km in areas designated for wildlife management where animals roam freely to and from the Game Reserve.

Following breakfast and an early morning game drive, you will be taken to the airstrip for your charter flight back to Maun at approximately 12:30. 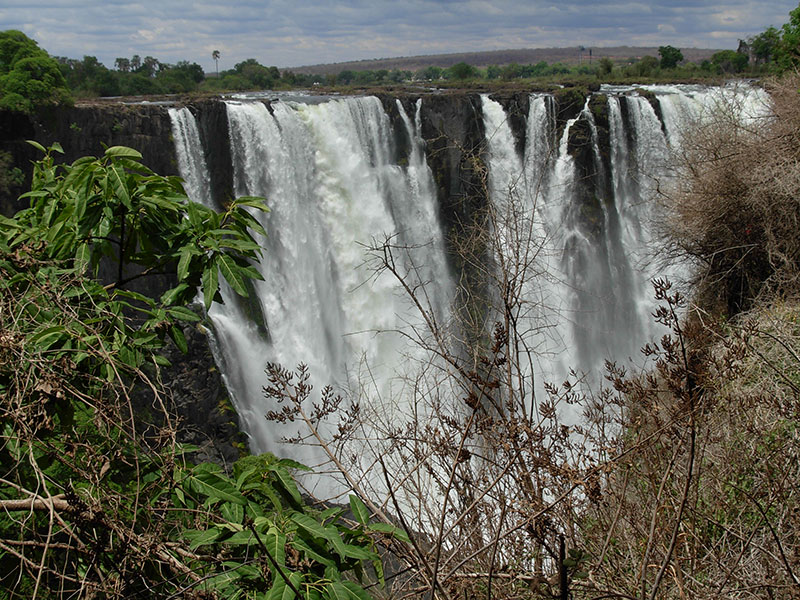 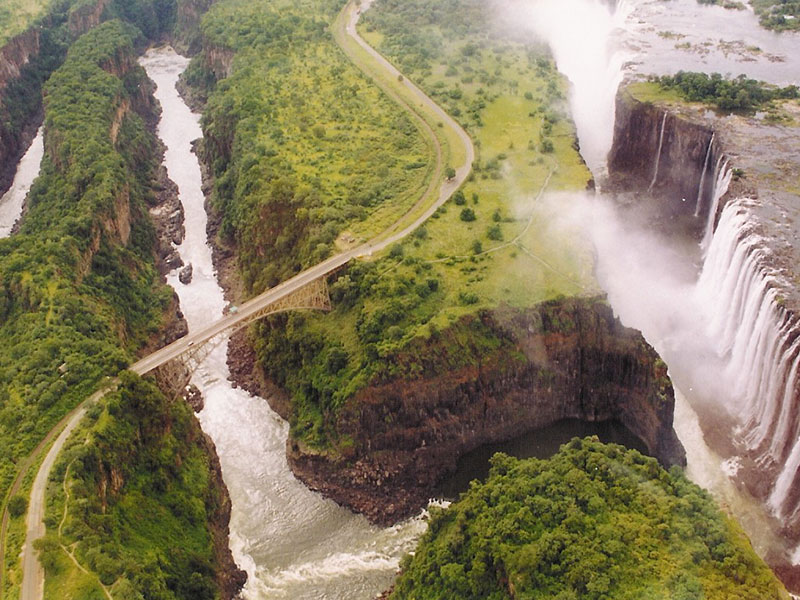 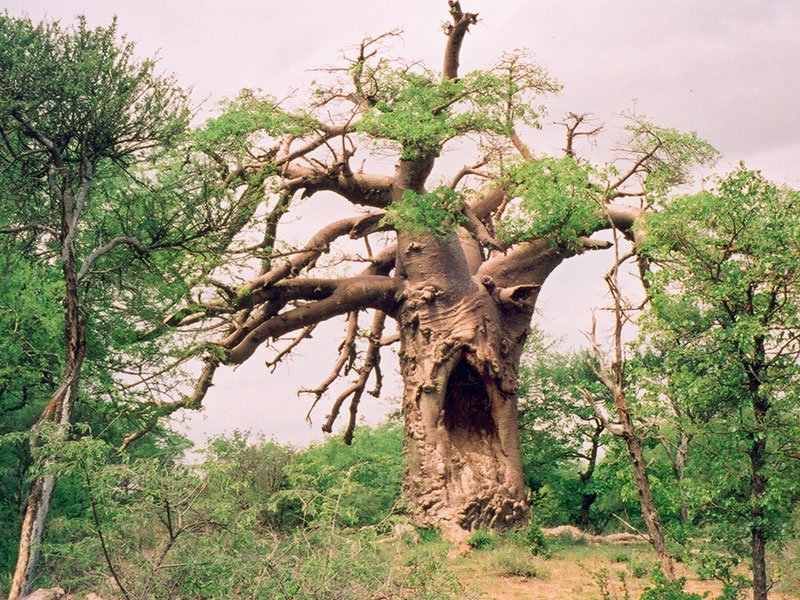 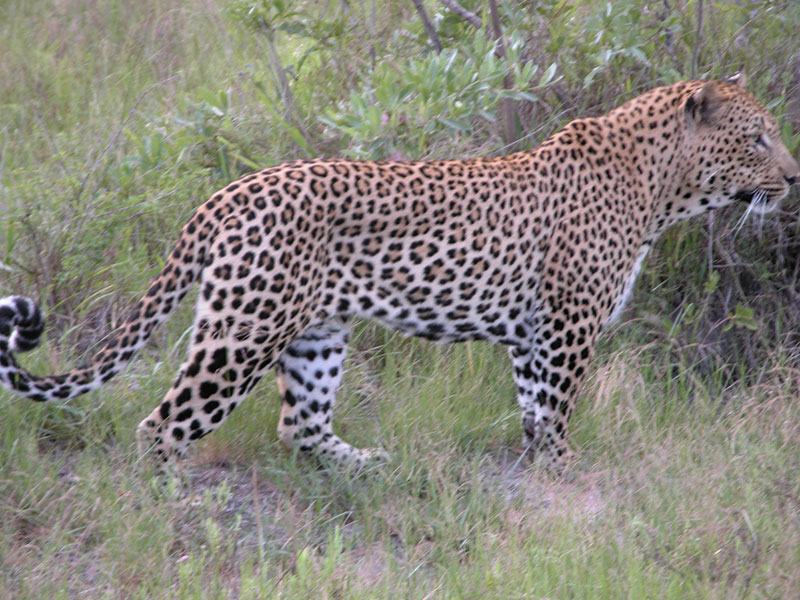 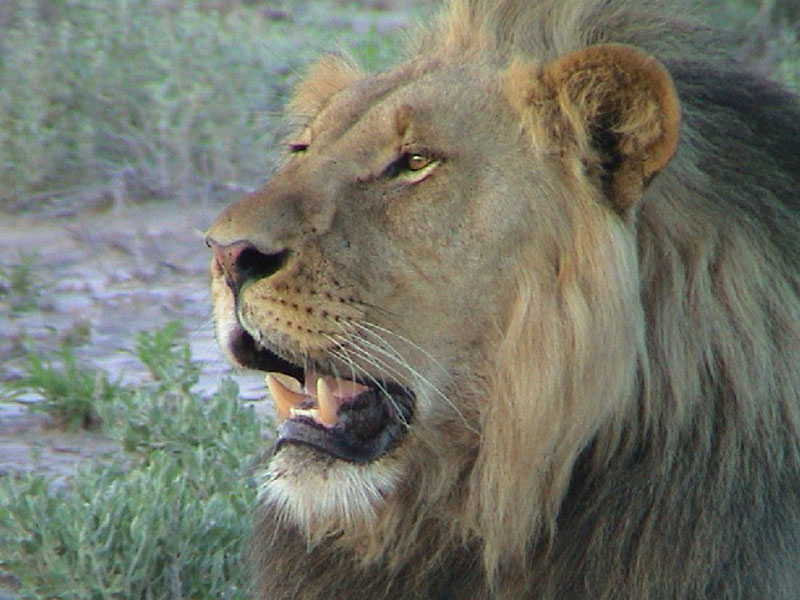 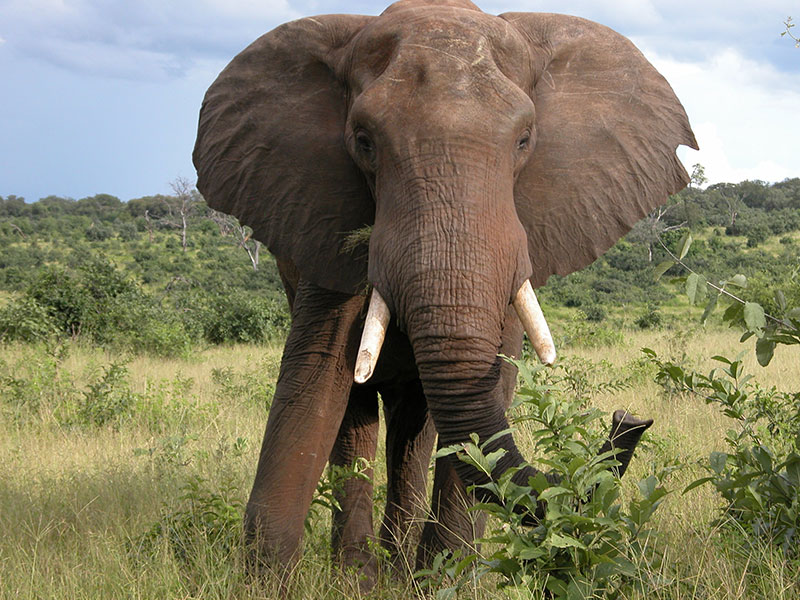 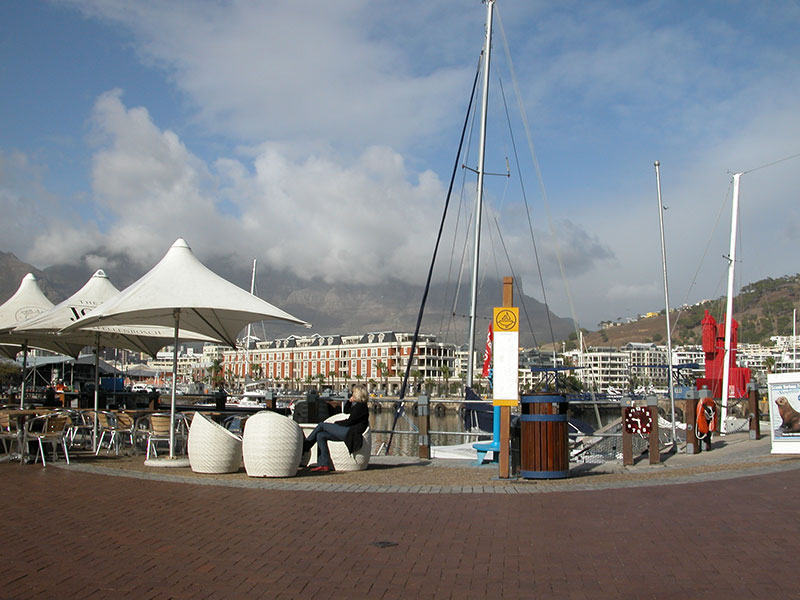 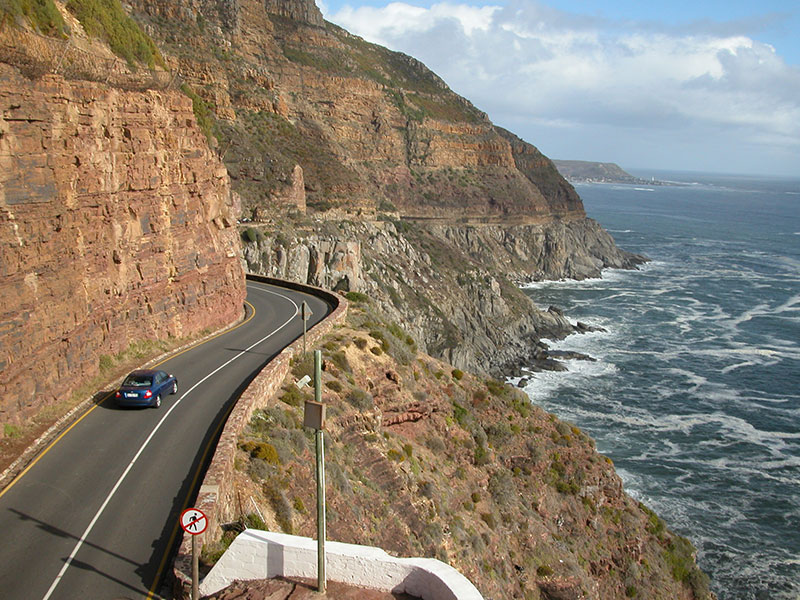 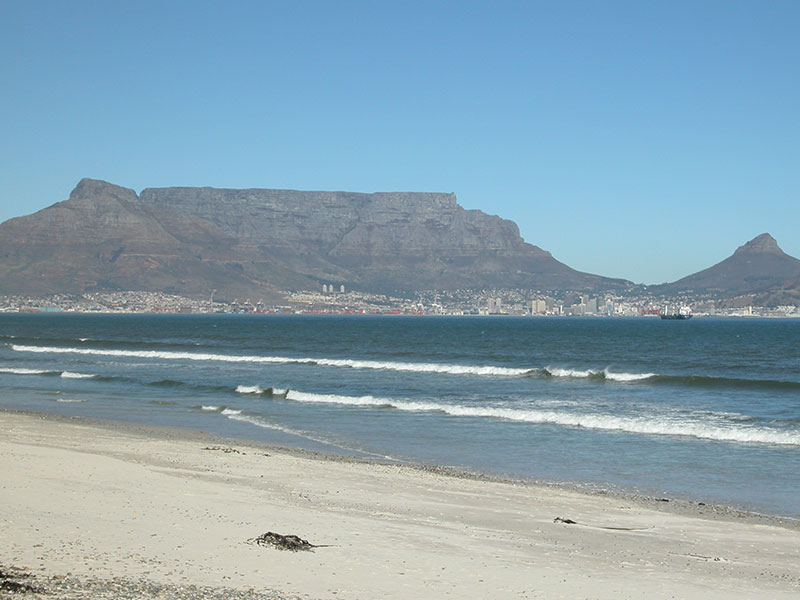